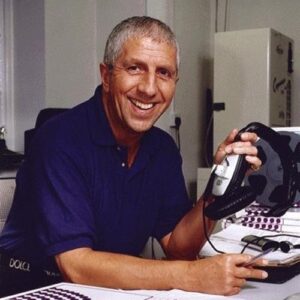 Welcome to the official home of Pete Price-Liverpool’s legendary entertainer.

Radio 1 to Radio City;  Julie Walters to Shirley Bassey; The London Palladium to the QE2; a Sony Radio Award to the internationally acclaimed New York Award for Top Talk Show Host in the World -Pete has seen and done it all. His career has spanned 50 years encompassing TV, Radio and his phenomenally successful autobiography, Pete Price – Name Dropper which was number one for three months in the North West book charts.

Pete Price is quite simply a talk show legend who has been broadcasting to the people of Merseyside for almost 50 years.  His late night talk show on Radio City has earned him a phenomenal 29 awards and his biggest accolade being that he was inducted into the Radio Academy Hall of Fame. A few years ago Pete was made an Honorary Scouser by the City of Liverpool and More recently he was given the City’s highest accolade when he was recognised as a Citizen of Honour by the Lord Mayor.

Pete is a high profile figure locally, nationally and internationally. He still works as a stand-up comic and performs at venues across the UK and Europe.  He writes his own weekly column in the Liverpool Echo and is a regular guest paper reviewer on Sky News.

Pete dedicates much of his spare time to various charitable work and in particular to Claire House children’s hospice on the Wirral where he is a patron.

Theme by Anders Noren — Up ↑